Gautam Adani, the world-class Indian billionaire has been crowned by Forbes as the 4th richest man on the planet. But was the Chairperson of the Adani Groups ‍always this rich? Keep scrolling to find out more about Gautam Adani Net Worth 2022, his lifestyle, family, initial beginnings and other fascinating facts!

Gautam Adani is one of the most influential businessmen in India today. The net worth of Gautam Adani stands at a staggering $115.4 B, according to Forbes as of July, 2022. This information made Gautam Adani and family the 4th wealthiest person worldwide, and the richest man in India as well as Asia.

But what has caused this man from Gujarat to become so successful? He is a self-made man who built his empire from scratch. From being a college drop out to becoming an industrialist billionaire, Adani’s story is really an inspirational one. Stay tuned as we walk through the life of Mr. Gautam Adani!

Gautam Adani Net Worth 2022: What is the reason behind the wealth of the Adani Family?

Gautam Adani started his career in 1985 by importing primary polymers, but it wasn’t until 1988 that he founded the Adani Enterprises. His business-oriented plans made him a Millionaire in his early 40s. The majority of his business that he built is self-made, but there definitely is a specific portion that he inherited from his business class family.

Today, Adani Family has a net worth of 11,420 crores USD. This makes him the richest man in Asia and undoubtedly the richest in India, who is definitely wealthier than Mr. Mukesh Ambani or Sir Ratan Tata. Adani Group is widely diversified in various sectors of service and thus has a high market capitalization of $198.84 Billion.

Gautam Shantilal Adani was born in 1962 to a Gujrati Jain Family in the land of Ahmedabad, Gujarat. He was one of the 8 children born to Shantilal and Shanti Adani, who hailed from the town Tharad in Gujarat. His father was a small textile merchant, which made Gautam belong to a business background and may have helped him develop the business mastermind that he possesses. So yes, maybe Adani was born rich or perhaps even in the upper middle class.

He did his schooling at Sheth Chimanlal Nagindas Vidyalaya and went off to college. After completion, he applied for a Bachelor of Commerce (B.com) degree at Gujarat University. He wanted to do something in business, which resulted in him quitting the course after the second year. He was not much into the textile business that his father owned.

One of the greatest life choices a man can make in his early years is to leave his hometown, the deadly comfort zone. Adani as a teenager, left Ahmedabad and moved to the Indian city of dreams, Mumbai. He worked there as a diamond sorter under Mahendra Brothers.

But his career was set on track when his brother Mahasukhbhai Adani bought a plastics unit in Ahmedabad. He asked Gautam to look after the operations and dealings. Gautam seized the opportunity and saw big potential in the job, as it would be his entry ticket to global trade.

He started in 1988 by importing primary polymers for small-scale industries. That very year he established the very first establishment of his business chain, the Adani Exports, which today has become Adani Enterprises. The initial trade of the company involved agricultural and power commodities.

The economic liberalization policies highly favored the terms of Gautam Adani and his enterprise, which led to the expansion of business by also trading of metals, textiles, and agro products in the year 1991.

In 1994, when the Gujarat Government announced managerial outsourcing Mundra Port, now the largest private port in India, Adani was quick to act and was able to seal the deal.

The following year he set up the first jetty, which was originally operated by Mundra Port & Special Economic Zone but was now transferred to Adani Ports & SEZ. The company today has become the largest private multi-port operator, with Mundra port so advanced that it can now hold 210 million tons of cargo per annum.

In 1996 the Adani Groups founded Adani power, which is the holder of deals with thermal power plants. Adani Power, as of 2022, is the largest producer of Thermal Power in India.

Adani’s company then shifted its focus to mining when it began to extract coal from the Adani-owned mines in Australia. It was after 2008 that he owned the Abbot Point (Australia) and Carmichael Coal Mine (Queensland). As his mining operations grew, his business expanded into equipment manufacturing, coal transportation, and port development.

Fast forward to today, Adani Group is well established and quite widespread. Gautam Adani’s company now has a presence in almost every sector of the Indian economy.

In 2020, the world’s largest solar bid worth $6 billion by Solar Energy Corporation of India was given to Adani. Adani Green and Adani Solar will be working on the project.

In 2022, the Adani family acquired Ambuja Cements and its subsidiary, the bargain was finalized at $10.5 billion. At the beginning of this same year, Adani superseded Ambani to become Asia’s richest man alive.

He moved to Mumbai to work as a diamond sorter for Mahendra Brothers in 1978.
In 1988 he started working with small-scale industries by importing primary polymers for them.
He established Adani Exports that same year, dealing with agricultural items and power commodities at that time.
He expanded his business in 1991 by including the trade of metals, textiles, and agro products.
In 1994, Adani got the contract for managerial outsourcing of the Mundra Port.
The operation of the jetty was handed over to APSEZ (Adani Ports & SEZ)
The foundation of Adani Power took place in 1996.
In the late 2000s, Adani expanded his business and started to invest and deal with global clients.
Adani acquired two international power plants, Abbot Point and Carmichael Coal Mine.
He also won a solar bid by Solar Energy Corporation of India, worth $6 billion.
Adani was present in Mumbai’s Taj Hotel when the city suffered the tragic 2008 Mumbai attacks.
In 2020, He was able to secure a 74% stake at Mumbai International Airport, which is the second busiest in the country.
The Industrialist is also a member of the Jain International Trade Organization.
He and his family now also owns Ambuja Cements and its subsidiary ACC Limited. It cost them $10.5 billion and was earlier under the leadership of Holcim Group.
In February of 2022, Adani became Asia’s wealthiest man.

Gautam Adani’s net worth currently stands at $115.4 billion. This made Forbes and Bloomsberg’s Billionaire Index declare him the 4th richest man in the world. The top three ranks are secured by Elon Musk (Net worth: $234.4 B), Bernard Arnault and Family (Net worth: $155.1 B), and Jeff Bezos (Net worth: $143.9 B), respectively.

The business tycoon can credit his feat to the various investments and businesses that he has acquired over the course of time. He controls India’s largest private port, Mundra Port. High revenue can be generated from various sectors such as infrastructure, trade, power generation and others owned or operated by the Adani Groups.

His 74% stake in Mumbai International Airport will be worth far more than an ancient hidden treasure. As the airport is India’s second busiest and an international one too.

Adani aims to become the largest producer of green energy and is ready to invest in a big cheque for the noble cause. His latest entry into the cement production industry with the purchase of Ambuja Cement and ACC Limited, costing  $10.5 billion, will surely grow his net worth significantly in the coming years.

How does Gautam Adani spend his billions?

Gautam Adani has now become the 4th richest human, so the question is, how does that affect his lifestyle? Rich people do all sorts of crazy things and are not shy about displaying their immense wealth.

Private Jets that Gautam Adani owns are still a dream for many millionaires themselves. Bombardier Challenger 605 and Embraer Legacy 650 were the ones he bought around 2010 for a pretty hefty price. Another luxuriously designed and modernized plane owned by Gautam is Hawker Beechcraft 850XP.

Gautam Adani car collection is quite a deal. BMW 7 series, Rolls-Royce Ghost, Ferrari California, and many others are a part of his royal car collection. His 400-crore house is another noteworthy asset of the Adani family.

Adani is well known for his charitable works. The most recent contribution that he made to humanity was a pledge to make a donation worth ₹60,000 crores towards charity.

During the Covid-19 Pandemic, he donated $13 million to the PM Cares Fund. His contribution to state relief funds during times of grief is also appreciable.

“Business is all about risk taking and managing uncertainties and turbulence.” – Gautam Adani

“Either you sit on the pile of cash, or you continue to grow.” – Gautam Adani

“Every economic opinion is associated with a set of assumptions.” – Gautam Adani

“Infrastructure sector is all about building assets for the country. It is part of nation building.” – Gautam Adani

“Being an entrepreneur is my dream job, as it tests ones tenacity. I could never take orders from anyone” – Gautam Adani

What Does Adani Group Do?

Adani Group is headquartered in Ahmedabad, India. The company boasts that since its establishment, the group has spread over various sectors and is now leading in “transport logistics and energy utility portfolio businesses” They majorly focus on large-scale infrastructure development in India.

How many companies does Gautam Adani own?

Gautam Adani is the founder of Adani Group, which currently operates at 70 different locations in 50 countries. The group has annual revenue of $20 billion and deals with port management, electric power generation, mining, airport operation, food processing, infrastructure and a few more industries.
The Adani Group has been diversified into 7 companies:

Who is the wife of Gautam Adani?

Gautam is married to a strong businesswoman Priti Adani. This 57-year-old is the chairwoman of the Adani Foundation and is also the mother of the couple’s two children.

How many children does Gautam Adani have?

What is the net worth of Gautam Adani house?

Gautam Adani resides in a 400 Crore palatial house that spreads on approximately 3-4 acres of land in Delhi. The structure of the building is quite chic and modern. It is equipped with all the modern amenities and is a true mark of luxury.

Who are the top 5 richest people according to Forbes 2022?

Adani Group is a vast conglomerate headed by Gautam Adani. The Group’s Market Cap hit $200B recently, placing it among the biggest business groups globally. Adani is involved in many different industries, including coal mining, power generation, regular items, infrastructure, and others.

He has been a part of a few controversies throughout his career, but that did not stop him from becoming 7tfcAsia’s richest man with a net worth of $115.4 billion. With his ever-expanding business, he has overtaken Bill Gates. Undoubtedly his Net Worth will rise rapidly, but will he ever become the richest of them all? 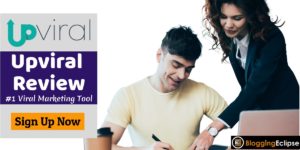 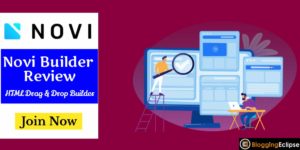 Similarweb Vs. Semrush 2023: Which is better for your business? | In-depth analysis

Hi, I’m Aliakbar Fakhri. The Founder of BloggingEclipse and many other online ventures. I Blog for Living, and I am highly passionate about Affiliate Marketing, SEO, Dropshipping, and Blogging. I believe in enjoying life rather than working just to survive.