The Traffic Summit conference was held for the first time in Turkey on September 28 and 29, bringing together internet specialists from across the globe at – Haliç Congress Center. For two days, the internet marketers congregated in Istanbul; experts in affiliate, performance, and influencer marketing, as well as GameDev, NFT, and blockchain, were present. What were the speakers and participants discussing? Of course, they talked about Internet traffic, but they also shared how to generate it.

Every phase of the Traffic Summit—from speaker performances to exhibition and networking—was creatively enhanced in order to offer the greatest benefit and value to all participants within two days.

At first, the ambitious event adopted the phrase “it’s all about traffic” as its motto, and consequently, most of the conference was devoted to it. Specialists from more than 10 professional fields found that increasing site traffic and opening new traffic sources were relevant to their work. And you cannot disagree with the fact that in the end, it’s all about traffic.

The speakers’ data specified that one of the most significant and accessible traffic sources, social networks, was frequently mentioned. Particularly Facebook and TikTok, which have more than 700 million users each, were referenced frequently. Matas Kemzūra, co-creator and development director for Sugatan.io, presented a plan for scaling up a Facebook advertisement initiative that could produce up to $60 million in yearly revenue.

Digital marketing, chatbots, NFT projects marketing, and blockchain technology are just some of the relevant areas where 20 speakers from the international arena shared their experiences. Among those who spoke were Thomas Moen, CEO of MOEN & Co; Anna Gita, CEO of MaxWeb; Tone Vays, founder of The Financial Summit; Vlad Zhovtenko, CEO of RedTrack.io; Maor Benaim, owner of The Wolf Marketing; and Amin Siala, a Google Development Consultant, to name a few.

The Haliç Congress Center’s spacious hall was bustling for two days as the expo area. Taboola, Exness, Redtrack, Affise, and Profit Paradise, among other well-known mastodons in the industry, as well as young startups, were among the companies present.

The customized display booths were a big hit among the visitors. “Creating authentic stands was the idea behind KINZA back in Kyiv; we created a stand in the Ukrainian style. The Traffic Summit team knew right away that they wanted to continue the story since conferences took place in different geographical areas. Each country has its own unique characteristics that make it unique. Thus, they created a Turkish Traffic Summit stand with traditional local features to keep the tradition alive,” – Inna Gagarin, co-founder of Gagarin Partners.

Disruptive and Out of the Way Networking: WTA and Bosphorus Cruise

Networking during the conference was accompanied by coffee breaks, games, spontaneous mini-golf tournaments, unhurried conversations in the chill zone, as well as thrilling parties, of which there were two.

After the first day of the Traffic Summit, the participants ended their evening with a sunset lounge party and the World Traffic Awards ceremony on the Istanbul waterfront. This year, for the first time ever, the World Traffic Awards (WTA) were held to honor the greatest digital industry representatives in 11 categories (Best Ad Network, Best Marketing Influencer, Best Blockchain Project, and more). The winners in different categories were selected by the public through online voting.

The following companies were awarded in WTA:

The winners of the award received it from the hands of the organizers and thanked everyone who voted for them online. “We are honored by this acknowledgment of our affiliate program, and we would like to thank everyone who voted. Thank you for your ongoing participation and support of Exness, which has made our affiliate program such a success. We congratulate the organizers of the World Traffic Award on their victory.” A representative of Exness expressed his best wishes.

🔥 Get Exclusive Discount on Ticket Booking

Todor Minev and Gagarin Partners’ were chosen as the winners of several other awards at the Traffic Summit right away. The award for Best Speaker was given to Todor Minev, and the Best Booth award went to Gagarin Partners. The Traffic Summit organizers decided to organize a spectacular afterparty for the main event by inviting Business and VIP ticket holders to take a cruise down the Bosphorus.

It was a dazzling and most delightful evening as the two-day event came to a close in Istanbul. The conference’s entertainment was provided by Mike Prasad, while Furkan Kurt and Kerem Tekinalp served as DJs.

The companies shared their impressions, feedback, and future plans after the two days of exhibitions, performances, and networking concluded.

“We thank all those who took part in Traffic Summit. We hope that the world will be in a more stable situation by the next conference, allowing us to gather even more people from all corners of the world.“ 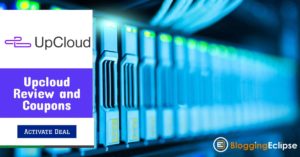 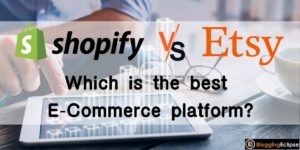 Lisa is fond of reading and writing about technologies and software. This is the reason she has been writing about different niche from the past one year. She loves to read, write and embrace new ideas. Because of her passion to write creative articles, has led her reach pinnacle.